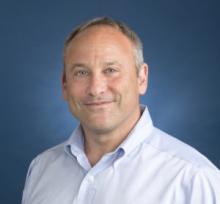 Dr. Steven G. Rogelberg holds the title of Chancellor’s Professor at UNC Charlotte for distinguished national, international and interdisciplinary contributions. He is a Professor of Organizational Science, Management, and Psychology at well as the Director of Organizational Science. He has over 100 publications and over 100 invited speeches/colloquiums addressing issues such as team effectiveness, leadership, engagement, health and employee well-being, meetings at work, and organizational research methods. He is the Editor of the Journal of Business and Psychology, and the Talent Management Essentials book series. Dr. Rogelberg has received over $2,000,000 of external grant funding including from the National Science Foundation. Before completing his Ph.D. in Industrial/Organizational Psychology at the University of Connecticut in 1994, he received his undergraduate B.Sc. degree from Tufts University in 1989.

Awards and honors include receiving the 2017 Humboldt Prize, being the inaugural winner of the Society of Industrial and Organizational Psychology (SIOP) Humanitarian Award, receiving the SIOP Distinguished Service Award, Bowling Green State University (BGSU) Master Teacher Award, Psi Chi Professor of the Year Award, Fellow of the Society of Industrial and Organizational Psychology, Fellow of the Association for Psychological Science, and serving as the 2000 BGSU graduation commencement speaker. He is currently the elected Secretary General of the Alliance of Organizational Psychology. Former Executive Board Member and Research & Science Officer, SIOP.